The United Republic of Tanzania is a country situated in East Africa within the Great African lakes. It is a country of great splendour with vast wilderness areas and tropical islands spanning through its territory. Tanzania holds the world’s most treasured national parks and reserves, which containthe largest concentration and diversity of animals, including tigers, lions and rhinos, in all of Africa. The landscape of the country is remarkable, with incredible versatility; hence, one can find beautiful coasts and lakes, savannahs, mountains and valleys. These are the primary attributes that have made Tanzania a hot favourite for a lot of visitors, thousands of whom flock to the country every year.

It is a known fact that weather conditions, when one is in a foreign land, heavily impact one’s impression of the place. Therefore, whenever you plan a journey to a foreign country, it is important that you first familiarize yourself with the climate patterns and the various seasons. This is vital because, unlike the natives who have spent their entire lives in the area, you might not be accustomed to dealing with the many faces of the weather conditions. This can potentially influence your plans for the trip and subsequently also tarnish your opinion of the country. So, if you are planning to go on a vacation, and Tanzania happens to be your destination, go through the article below, for it highlights the month-by-month climatic conditions of the country. Inform yourself with its help and then arrange your tour accordingly.

The tropical geographic location on Tanzania makes the weather and climate warm and hot for the country. The average daily temperature reaches around 27°C during the first month of the year. The highest temperature during this year may be roughly around 29°C while the nights are a bit cooler at 25°C. There is 10 hours of direct sun shine during this month. The country enjoys 89mm of rainfall during this month over a 12-day time period. The first thing to see is Stone Town which is the oldest town on the main island. All of the other attractions radiate out from Stone Town so it is a great beginning place.

The second month of the year is also hot and warm. The average tropical temperature of Tanzania reaches around 28°C while the highest and the lowest temperature reach nearly 29°C and 26°C. There is a 9 hour sun shine each day during this month. The average volume of rainfall totals to about 56mm over a 7-day time period. Visitors are advised to haggle with sellers and never buy the first thing that they see. Oftentimes, the same or very similar items can be found cheaper further along the street. 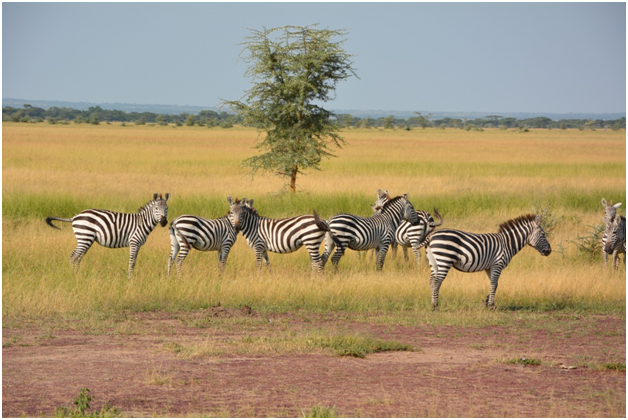 This is the time when most of the tourists come into the country. The average daily temperature during this month reaches around 26°C while the highest and the lowest during the day and night might reach 28°C and 24°C. There is a 9 hour sun shine during this month every day. The average rainfall totals to about 153mm spread across 15 days of the month. Aside from the many beaches, Tanzania, Tanzania offers travelers a unique opportunity to examine some of the ancient ruins like the Mbweni site and Ngome Kongwe.

The month of May provides the visitors with an increased sun shine hours while the rainfall may decrease. The average daily temperature during this month totals around 26°C while the highest during the day time might be expected to be 27°C and evenings as cool as 24°C. The sun shines for long 8 hours each day. The average rain falls sum up in volume of about 25mm over a 16-day time period. Windsurfing has become a very popular sport among locals and tourists alike in Tanzania. Most of the beach resorts in the area offer equipment rental and even windsurfing lessons for beginners. 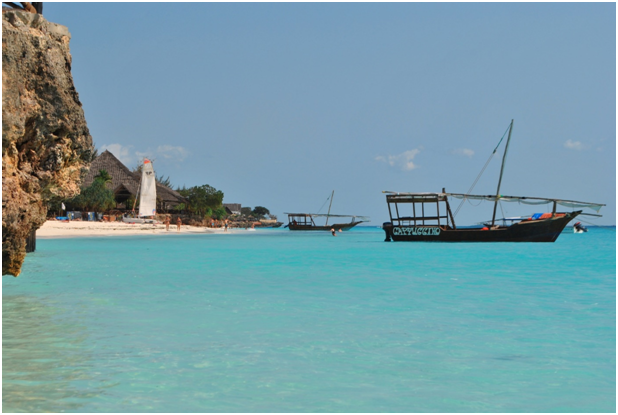 June is relatively a drier month as compared to the previous months. The average daily temperature reaches around 25°C while the highest and the lowest temperature might turn to be somewhere around 26°C and 23°C. The sun shines for 9 hours each day. The average rainfall totals to about 68mm over a course of 8 days only. Pemba Island, Tanzania’s sister island, is also worth a visit. It has less of a tourist population but many may find that appealing.

The average daily temperature of Tanzania during this month is 24°C while the highest and the lowest temperatures during this month may reach somewhere around 26°C and 22°C. There is limited amount of rainfall during this month totaling to about 48mm over a 7-day time period. Entrants from all across Africa and the rest of the world are invited to showcase their short films, feature length films, animation and even experimental films. Documentaries are also showcased at the event.

Tanzania enjoys a unique tropical temperature around this time of the year. The average daily temperature reaches around 24°C while the highest during the day light hours may be somewhere around 26°C and evenings with as low as 21°C. The sun shines an average of 9 hours each day during this month. The rainfall totals 47mm during this month spread across 9 days of the month. From Paje, visitors will find expeditions out to the reefs and outlying smaller islands an easy trip in a rented dhow with a guide. Remember to pack lots of sunscreen and plenty of batteries for the camera!

The weather is just perfect for visiting Tanzania this time of the year. The average daily temperature reaches around 25°C while the highest and the lowest temperature during this time might reach around 27°C and 22°C. The sun shines 10 hours each day during this month. The average rainfall sums up to about 50mm over a course of 8 days during September. There is also a mangrove boardwalk which allows visitors to walk along the forest as it extends into the sea. Visitors will be able to observe up close the denizens who inhabit the brackish waters between the sea and the mangrove swamp.

This is almost like the previous month in terms of temperature. The average daily temperature reaches around 25°C while the highest and the lowest temperatures might touch the bar at 27°C and 23°C. The sun shines for 9 hours straight during the day. October also enjoys 97mm over rainfall across 11 days of the month. There is one long road that follows the beach and oftentimes visitors will find themselves strolling along this road in the evening where they’ll be greeted by many of the locals with a fairly hearty ‘Jambo’, which means hello!

November is a bit warm and wetter than the previous months. The average daily temperature reaches around 26°C while the highest and the lowest temperatures during this month might touch as far as 28°C and 24°C during the day and night hours. The sun shine for direct 10 hours each day during this month. The average rainfall totals approximately around 226mm over a 16-day time period. Of course, visiting one of the many beaches is mandatory, but after that gets old, one could try going on one of the numerous tours available in and around the main island of Tanzania.

December is quiet here in Tanzania. The tourists are almost gone and there is less rush on the streets. The average daily temperature of Tanzania reaches around 27°Cwhile the highest and the lowest temperatures might reach 28°C during the day time and 25°C during the night hours. The average sun shine during the day is around 10 hour each while the rainfall during this month totals to around 194mm over a 17-day time period. While visitors may not necessarily know or understand the history in Tanzania, that won’t stop them from being able to join in with the locals in celebrating and having one heck of a good time. 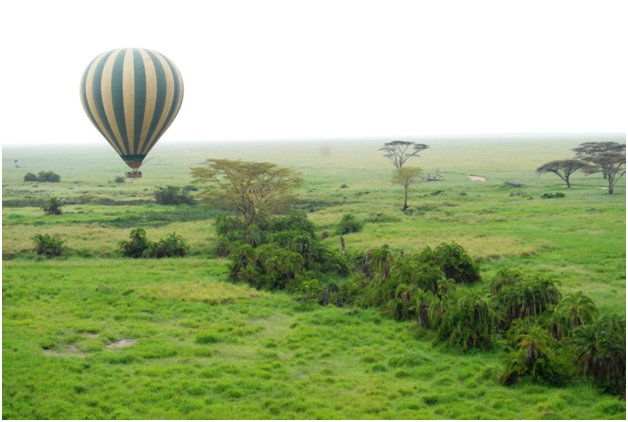 It is evident from the details mentioned above that Tanzania falls in the tropical climate zone, with different weather states in the coastal and highland areas. The former is generally hot and humid, while as you move inward toward the north-western side of the country, the atmosphere becomes increasingly cool and temperate. The two rainy seasons that befall this country should be avoided if you do not like your plans getting interrupted by an unexpected downpour. This means that it is not a good idea to visit Tanzania in the months from October to December (the short rainy season) and in the months from March till June (the long rainy season). The best time /to visit Tanzania, hence, is in the dry season, which lasts 5 months, starting from June. This is the prime time to explore Tanzania as it is during this period that the wildebeests migrate, therefore providing one the best chance to witness this event. Southern and western parks are also accessible during this part of the year. Moreover, since the skies are clear and blue, it is also the ideal time to lounge beside the sea on the glorious white sands.

Tanzania is the perfect place to spend your vacation. It provides tourists with an unmatchable experience to people with various travelling motivations. For example, if you are a honeymooner, looking for a romantic getaway, the island of Zanzibar, which is a part of the country, is like a paradise; for archaeologists, Tanzania has remains of ancient humans and animals, waiting to be discovered; for adventurers, there are several mountainous peaks; hence, there is everything for everyone. Therefore, do come and tour through this territory and enjoy the best time of your lives.

If you are interested in planning your own trip to Tanzania now, make sure to stop by the German website from Backpackertrail, to find out more about the weather and what else to expect during your stay.

Will Medicare Cover Me Outside the U.S.?