3 most popular festivals in Philippines

Philippines is known for its really, really ancient festivals which are a treat to watch as a spectator, as well as partake in as a performer or atleast as someone who enjoys dancing and enjoying alongside the performers. There are festivals dedicated to Holy Week rituals and also to the festivals which initially began as Pagan rituals but somehow found themselves included on the list of religious rituals. Apart from this, there are festivals which were used as a reason to lift everyone’s spirits during a dark and depressing time and are now fast becoming crowd pullers and a hit during tourist season. There are festivals which celebrate the original as well as the new settlers who call Philippines their home and which embrace both the dark past as well the beautiful and bright, colourful present-day Philippines. The locals take great pride in and put in a lot of hard work to celebrate these festivals with great pomp and joy and aren’t afraid to perform even during the sweltering summer months when most festivals like the Maskarra festival takes place. Many even go through excruciating pains just to relieve the crucifixion of Jesus Christ during one of the Holy Week rituals/festivities. Let’s take a look at some popular festivals which are celebrated by the locals. These activities are also a great way to spend your trip there and meet new, fun and fascinating folks. 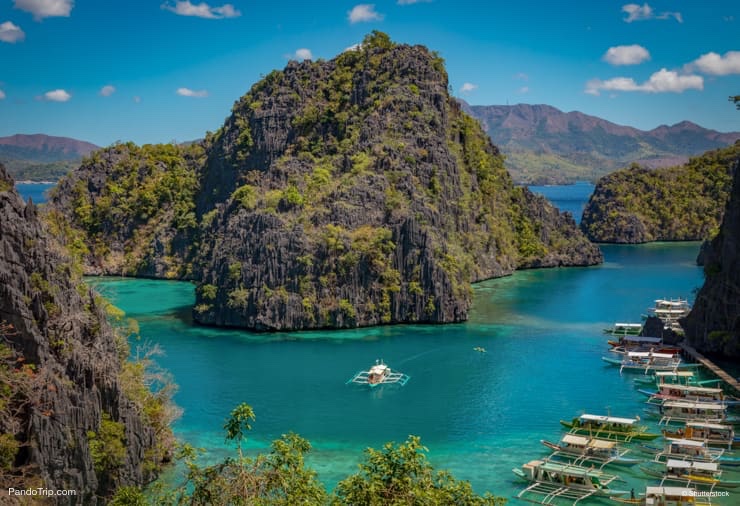 This festival is a celebration of the indigenous or the first people of the Philippines. It is over 800 years old and considered not just the oldest but the mother (perhaps, even the grandmother) of all the festivals in the Philippines and is older than even the Cebu’s famous Sinulog festival and Iloilo’sDinagyang.

The roots of this festival go back to when the dark skinned, small statured original settlers, the Borneo Datus who fled from the Malay Island of Borneo from a tyrannousSultan docked on the shores of Panay. Being master tradesmen, these settlers bought the Panay Island Plains from the Ati tribe of Maharlika (former/local name of Philippines) by bartering golden Salakot, brassbasins, bales of cloth and very long necklaces which they presented to the Ati chieftains. They also had a very nice bond with the new settlers who arrived much later and who helped each other when they were going through a very bad harvest. To honour their hosts, the new settlers danced, sang and used to paint their faces in dark colours to resemble the Aetas (original settlers). Thus, this festival was named in honour of the Aetas. Ati-Atihan, translated means, ‘to become like the Aetas’. This festival, hence stays true to its roots and resembles a wild Filipino Fiesta.

Initially, a paganritual, it is also however rooted in religious history and is also considered as a feast or celebration for Infant Jesus or Santo Nino, due to the fact that when the Spaniards colonised this country, they brought with them their religion- Christianity. Soon, there was a huge population of Christian converts in Philippines who accepted Jesus into their lives and thus, the Ati-Atihan Festival came to be associated with religion and was celebrated as a religious festival as well. Thus, we see it has both cultural and religious connotations and is celebrated widely by tourists and locals.

Sights to behold are the Ati-Atihan parade procession at dawn (around 4 a.m.) on Saturdays and followed by mass at 5a.m. Also, there are dancing and performances, participants beating drums and sansads (dances in regional Aklanon language) which usually happen on the fifth, seventh or last day of the festival. After Catholic mass, there are very well choregraphed and Aeta-inspired dances such as the popular ‘snake dance’ wherein people hold on to each other and writhe rhythmically in the manner of snakes. The best dressed tribes and most colourful costumes are then judged on the basis of looks and dance moves to wrap the festival up. 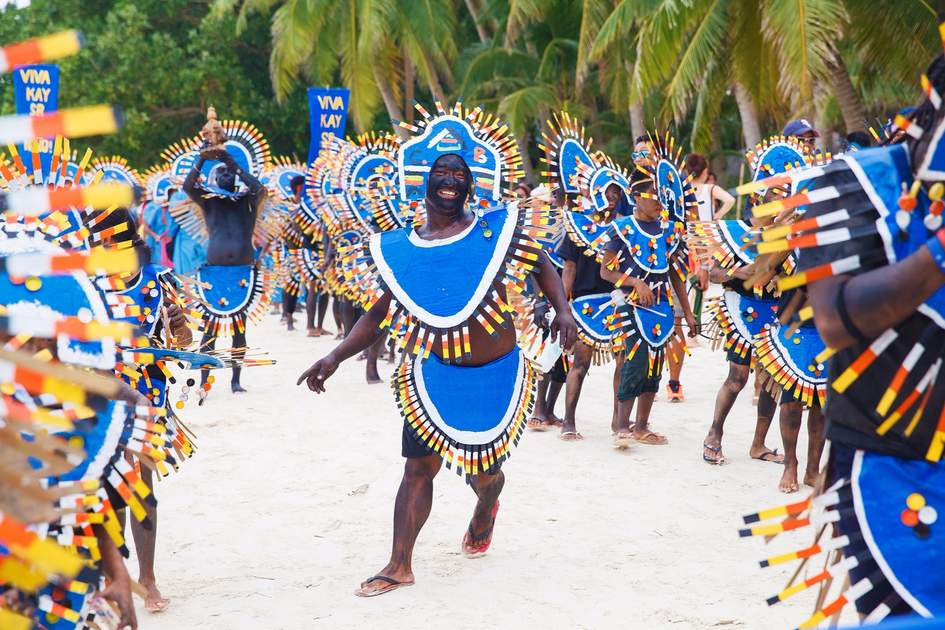 Many floats in the parades nowadays are built by big corporations, organisations, shops and big shot companies to advertise themselves, but the traditionality is kept alive, thanks to the family parades which have various themes and give more of a homely, old-style touch to the whole festival. Families can be seen dressed up as policemen or as honeybees. And if you indulge the families in a friendly conversation, then, they may even invite you home for a meal with them, and also sing for you, share coconut wine, show you their costumes, instruments and musical skills.

Modern times also call for modern ways to celebrate this festival or at least end it in the wildest way possible and this is done by youngsters nowadays who gather in nearby Magsaysay Park to throw an afterparty at night till dawn. Many Filipinacelebrities and tv actors perform in the crowded bars here, while DJs play remixes from the booming stereos. This is mostly a teen scene, but still a fun place to be if you are a party animal and not too tired from all the festivities of the day.

This is a Lenten Rite which takes place during the Holy Week and although it is for the religious minded, it is definitely not for the faint-hearted, as it involves the Re-enactment of the Passion and Death of Jesus Christ. This takes place on Good Friday at 3 p.m. This is a 50 -plus year-old tradition and also known as Maleldo festival, as Maleldo translates into ‘Holy Week’ in the Kapampangan language. Countless pilgrims and tourists gather to witness the Way of the Cross.

Although, this ritual is not recognised by the Catholic Church, it is believed among the Filipinos to be the traditional manner in which one can ask for forgiveness, repent for past sins as well as show gratitudefor answered prayers and fulfil vows that they promised to God. 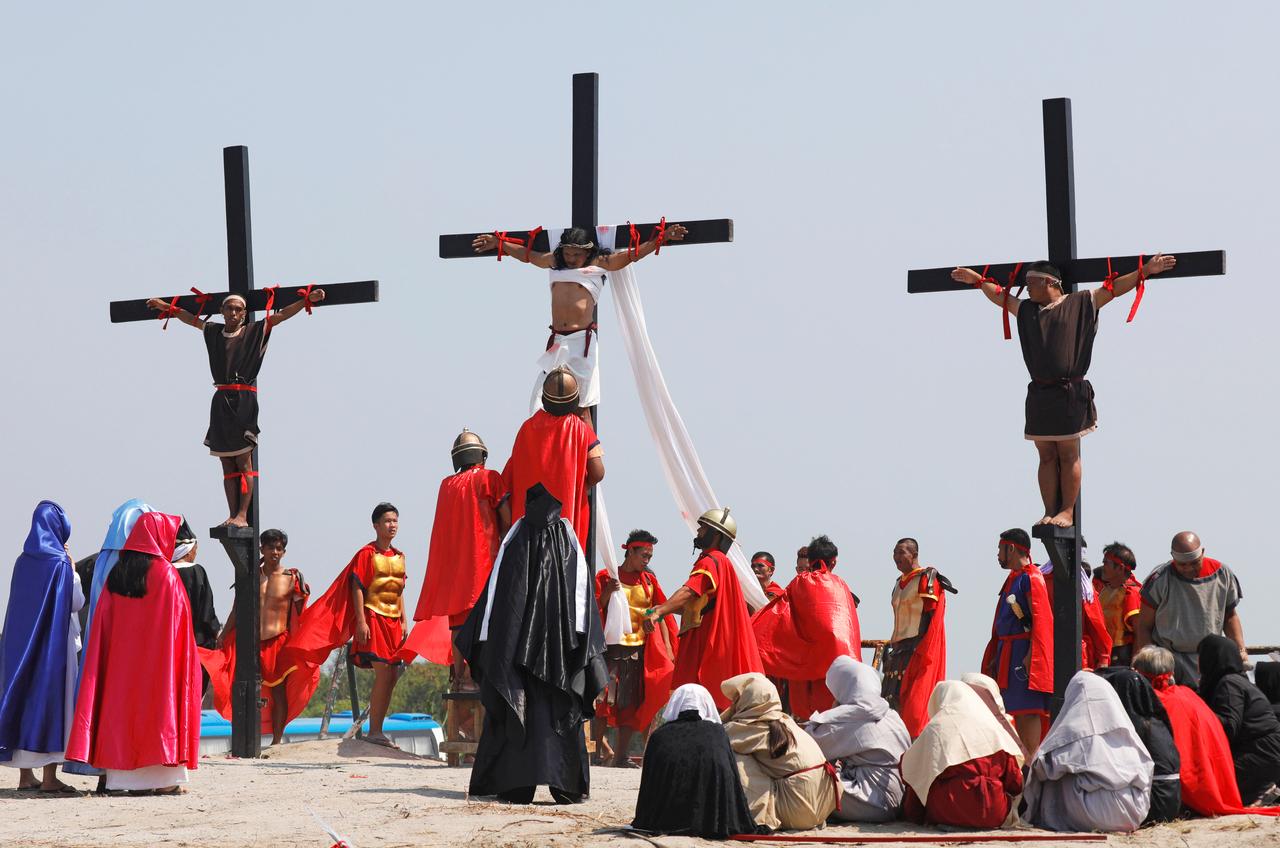 Travel options to get to the festivities on time include jeeps or bus rides and even a tricycle which you can take up to the hill where the Crucifixionstake place.

This festival was initially used as a way to literally combat depression during the 80’s when Philippinesunderwent a sudden downfall of their economy, especially of the sugar industry. Along with that, many people lost their lives when the MV Don Juan sunk and in order to up the spirits, this festival came into existence.

It derives its name from the English word ‘Mask’ and from the Spanish ‘Karra’ (which means face). Locals and tourists can be seen on the streets, bedecked in dimpled, smiling in wide-grinning masks as well as colourful costumes. In fact, the smiling mask has become a well-known and iconic symbol of this new-age festival which is also known as the ‘Festival of Smiles’.

Although it is sweltering hot during the summer month of October (3rd week or the weekend closest to October 19th) when this festival takes place, it is surprising to see the celebrants enduring the heat in their masksmade from moulded clay and paper Mache and bright costumes as they put on a show, dancing, singing and flocking to the town plaza for the various contests which are held there. The contests range from the tiresome pig-catching to the pole-climbing contests and the coconut-milk drinking which will leave you feeling like you are going to burst! If such strenuous contests are not your thing, then you can always opt to participate in the disco king and queen event.

Unique and high-qualitysouvenirs can also be purchased from the Association of Negro Producers (ANP) Showroom and it is easier to walk along the Main Larson Road to get to the festivities on time. 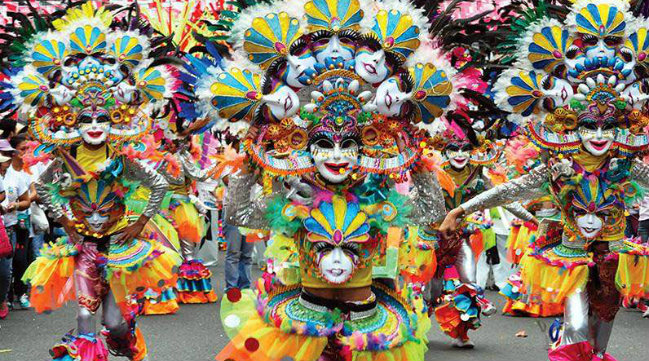 If you cannot wait to visit the Philippines and especially one of its great festivals, go to the German website Backpackertrail to find out more travel tips for your next adventure to the Phillippines.

January- Ring in yet another Good Friday festival/Holy Week Ritual known as the Translacion of the Black Nazare in January. Along with this festival, the Dinagyang Festival also takes place.

January-February- Sinulog festival is yet another famous and popular festival.